Creativity is allowing yourself to make mistakes. Art is knowing which ones to keep.

You can find my completed courses in Portfolio section

Some of my International and Domestic certificates are listed below.

Academy for Environment and Life Science

“The design of residential complexes to industrialization BEPLS   2014Volume 3-8”

Literature title:” “From exploring the terms of urban green space to vertical gardens”

“House is a car to live in”

“From high quality housing to housing industry in Iran” 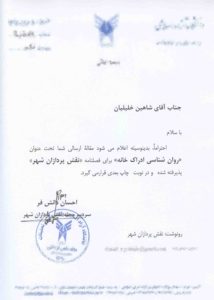 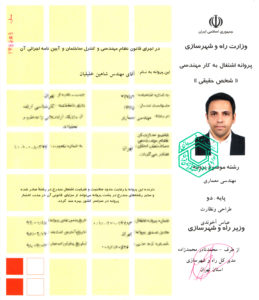 If I could say it in words, there would be no reason to paint.

Excited to work with me?

Our best thoughts come from the others.

Some of my work are displayed in this section.

When you want to know how things really work, study them when they’re coming apart.

Excited to know more about me?

What my colleagues say

Our Featured Works and Case Studies so far

I'd really love to hear from you so why not drop me an email and I'll get back to you as soon as I can.